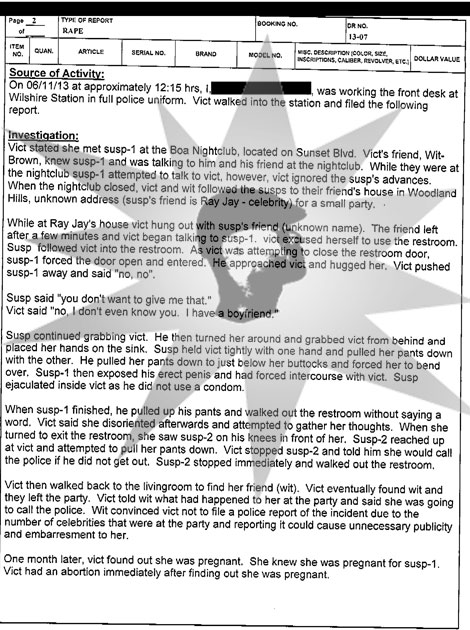 Here is what was reported to the LAPD (the entire report can be found below):

“Victim stated she met suspect 1 at the Boa Nightclub, located on Sunset blvd. Victims friend, Wit-Brown, knew suspect 1 and was talking to him and his friend at the nightclub. While they were at the nightclub suspect 1 attempted to talk to victim, however, victim ignored the suspect’s advances. When the nightclub closed, victim and with followed the suspects to their friends house in Woodland Hills, unknown address (suspects friend is Ray J – celebrity) for a small party.”